The Morryde PatioEX is an inflatable tent that you essentially add on to the patio of a fifth wheel/toy hauler. It is designed with the idea of expanding your living space while protecting you from wind, rain, sun and bugs, while also giving some additional privacy.

Well, we had several issues with the PatioEx. We even ended up sending the first one back and getting a replacement. The replacement tent had just as many issues. They offered to send us a third one but we were just done with it at that point. I will say Morryde had really great customer service and was willing to work with us on it. After the second tent, we ended up sending it back and getting a full refund. (Morryde claims that none of their customers have had these same issues which is hard to believe considering we tested two different tents and they both had issues)

Setup is fairly easy but may take a bit longer your first time setting it up. There are a few straps that strap onto the patio. There is a heavy duty groundsheet that helps keep a waterproof base. From their you are essentially just inflating the beams. Tear down is basically just the opposite of the setup process.

In the several weeks that we used the tent we encountered different types of weather from hot 90-100 degree heat to rain and wind. We got to really put it to the test.

Overall, if the problems with the leaking and the water pooling were fixed we could deal with the rest of the problems because they’re not as big of a deal to us personally. We really wanted to love this product but for the time being it just doesn’t fit our lifestyle (it may be a good fit for you if you’re a weekend camper but for full timing it doesn’t work well in our opinion) and for $1200 we shouldn’t have to jerry rig the tent into working properly. If Morryde and Vango were to go back to the drawing table and fix some of those issues we would definitely be willing to give it another shot. 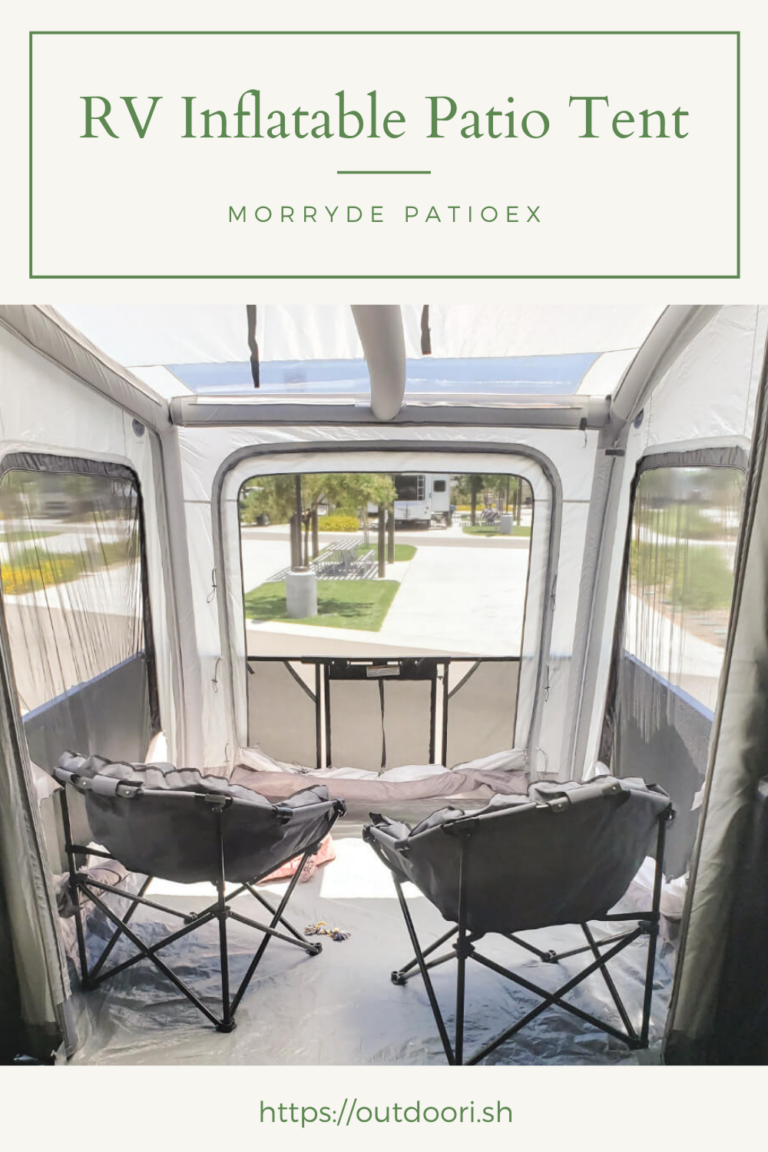